At just 11 years old, Danny entered the business world. His entrance saw him buying sunglasses from the USA and selling them on to friends, and friends of friends, for a 300% profit. It was at this point that Danny first displayed a natural flair for marketing and money making. Selling sunglasses proved a success; and then came bigger things, and bigger ideas. Already a talented golfer, Danny saw an opportunity. He decided to utilise Ebay – which was, back then, a marketing platform that had not yet been fully explored – to sell second hand golf clubs, purchased from members of the golf club of which he was a member. Using profits obtained from the two aforementioned ventures, Danny decided to explore the confectionery market; on a small scale of course. He again used Ebay; it’s potential having been rapidly realised, to purchase confectionery in bulk. He quickly established a network of distribution, wherein his friends and himself would sell the confectionery at break times (in a school of 1500+!). The school soon intervened; seeing Danny as the instigator, they threatened him with expulsion. Their reason being the loss of profit suffered by the school canteen; such was Danny’s success! Suffice to say, the enterprise was dissolved thereafter. 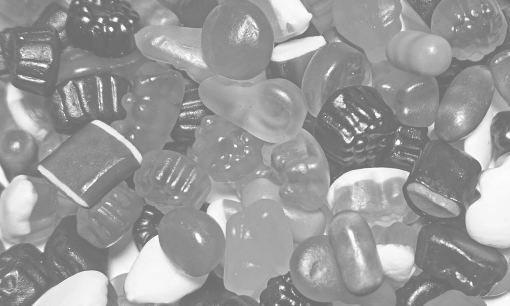 Not stymied by intervention, Danny moved on to more exciting things. These things took the form of jewellery, more specifically, watches. He was given the chance to purchase 600 of them from an industry contact; a chance he took. He believed that he could sell them all in 6 weeks. He succeeded. He did this mostly through the use of Facebook, displaying once more, a knack for utilising the online marketing tools at his disposal. A flair for business was actualising itself, though Danny did at this point in time, have one other passion, and that passion was golf. Having reached the requirements to turn pro at aged 16, Danny had a choice to make. Pursue golf and wait until he was 18 to take the PGA exam, or continue down the path of digital marketing; a path he was already half way along; after much thought and deliberation, Danny chose the latter.

His mind made up, Danny, aged 19, entered himself into an academy that specialised in business and finance. He earned himself a triple distinction star; the highest mark available. Whilst studying Danny was also managing a sales team at the local golf club! He was soon after offered a position at a leading digital marketing company. However, this company would consistently outprice its customer base; it had only 5 customers a month! It was then that Danny decided to establish his own company, and set out on his own. And thus, Universal Web Design was born.

As of 2016, Universal Web Design has over 200 clients, from every field you can think of. They help all types of businesses, from small to large, generate and metamorphose interest into prosperity with high quality web content, marketing campaigns and SEO. Danny has since added three other businesses to his portfolio. Nevill Media: An online video tutorial and text guide company. Dino Gavanni: A fashion design suite based out of Essex and X1 Models: A popular modelling agency. Though Danny is always looking to expand, his priorities at the moment are his clients at Universal Web Design, as well as the staff at his companies.

Danny’s main interest are Golf, Football, and Travel, and he is a big fan of motivational quotes! He takes great pride in developing and nurturing talent from within his various outfits. He also makes sure to praise good work, whenever possible.
He won the Essex Young Entrepreneur of the Year 2014, he also won the 2012 Colchester Youth Awards Entrepreneur of the Year . In addition, Universal Web Design were the runners up in the 2015 Green Efficiency Award – by becoming a 98% paperless office!

LEARN MORE ABOUT THE BUSINESSES
﻿