Young Entrepreneur Of The Year 2012

Established in 2005, the Colchester Youth Awards were created to celebrate the achievements of young people living in the borough of Colchester, aged 11-25. The awards were conceived as a result of a conversation between Dave Petrie, and Matthew Young. Their aim is to bring publicity to the good; combatting the media’s often negative reporting on young people. Danny received a “Highly Commended” from the Colchester Youth Awards in 2012, for his work with companies, including his own, throughout the year of 2012.

Young Entrepreneur Of The Year 2014 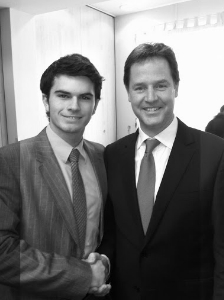 This organisation has been running for over 20 years; and shows no signs of slowing down. The Essex Business Awards aims to celebrate success and raise company awareness, brand distribution, as well as increasing networking opportunities for all companies in the county of Essex. The awards recognise and are constantly watching the business landscape within Essex, so as to ensure that the companies doing excellent work, are being rewarded for doing so. Danny won Young Entrepreneur for Mid Essex in 2014, and is incredibly proud of that fact.

GET IN TOUCH WITH DANNY
﻿